The following items are all A.O.F.B. inspired although not officially sanctioned drinking vessels. 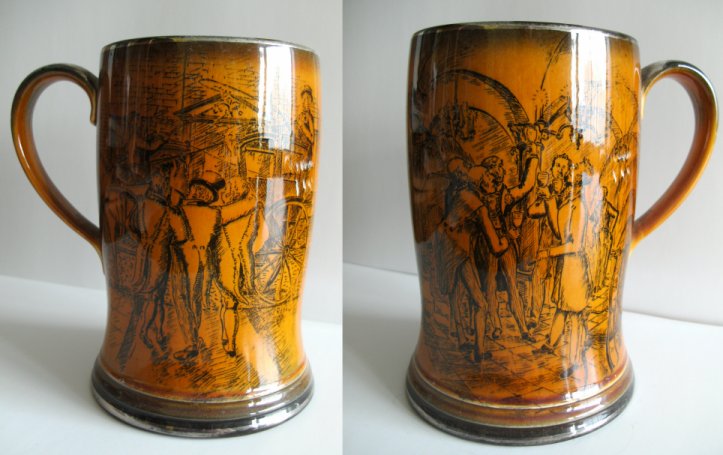 A musical tankard made by Crown Devon - although a pint vessel it holds around 2/3 of a pint due to the musical mechanism in the base.
The music starts when the tankard is lifted and plays the Frothblowers Anthem - The More we are Together. 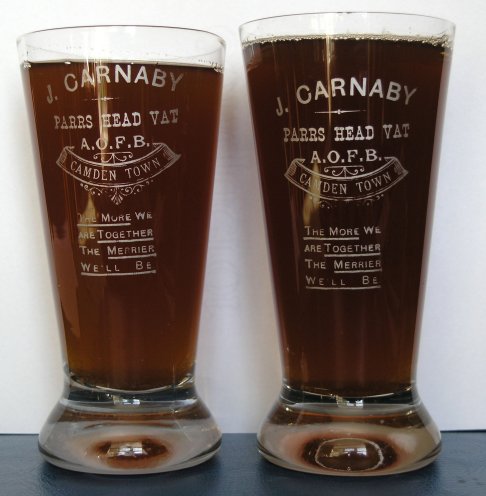 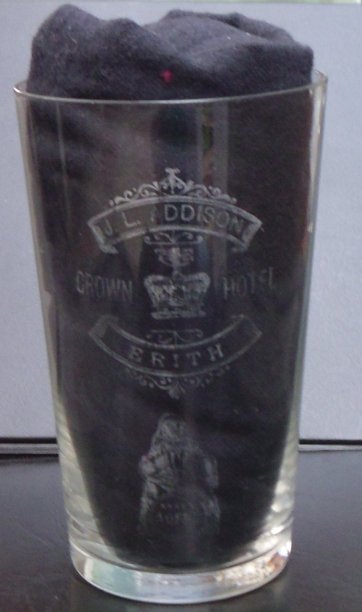 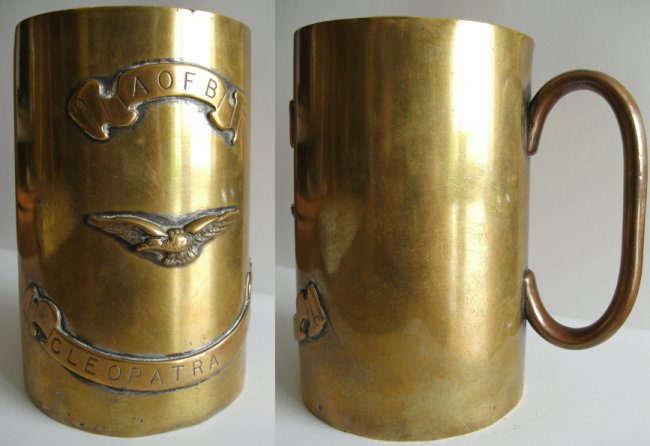 Trench Art tankard - made from a brass shell case - from the Cleopatra Vat in Egypt.

A crock pint mug - made for Baron Rabbit from the Angel vat, Godalming. 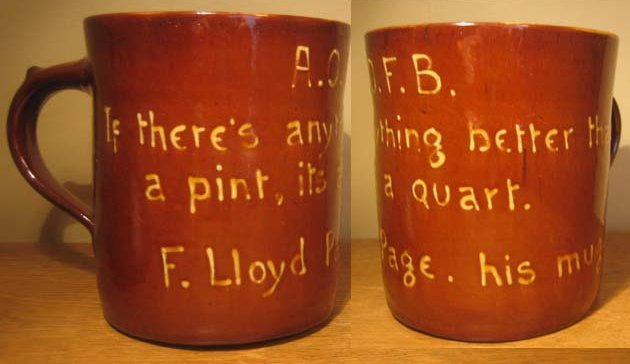 Crock pint mug of F Lloyd Page - has the Slogan - If there's anything better than a pint it's a quart . 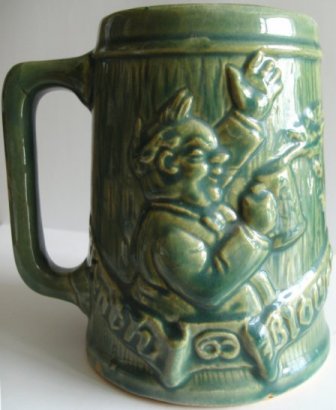 Froth Blower tankard made by McCoys