Pictures from the Shrivenham Vat

A group of goodly, albeit eccentric, people from Shrivenham, on the outskirts of Swindon have been raising money for different charities over the years and have recently formed their own 'Shrivenham Vat', after seeing the article on the A.O.F.B. / F.O.F.B in the Chap Magazine . They loosely follow the the ideals and rituals of A.O.F.B. meetings and have been holding meetings whilst wearing fancy dress . The Senior Blaster is Richard Hancock, who just happens to be the local vicar. They meet second Thursday of every month and have raised several thousands of pounds for charity.
Here are some photo's of the said good folks of Shrivenham . 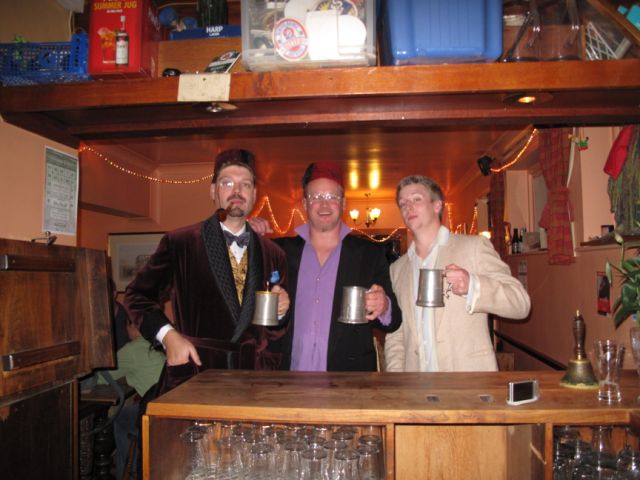 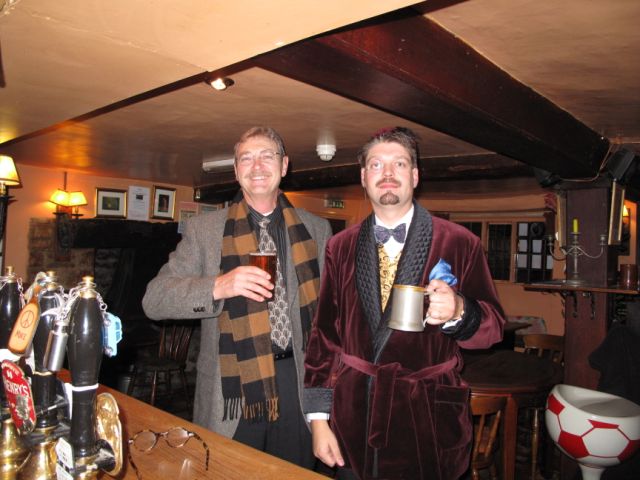 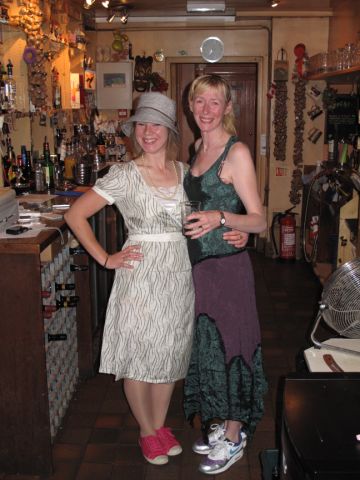 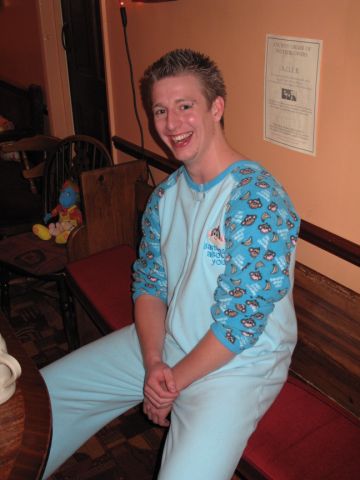 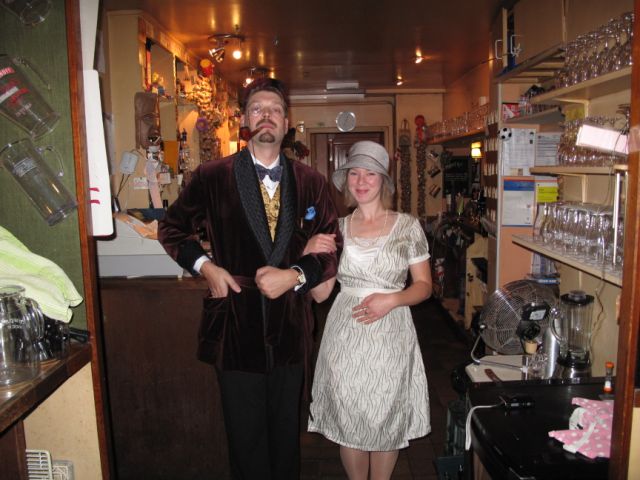 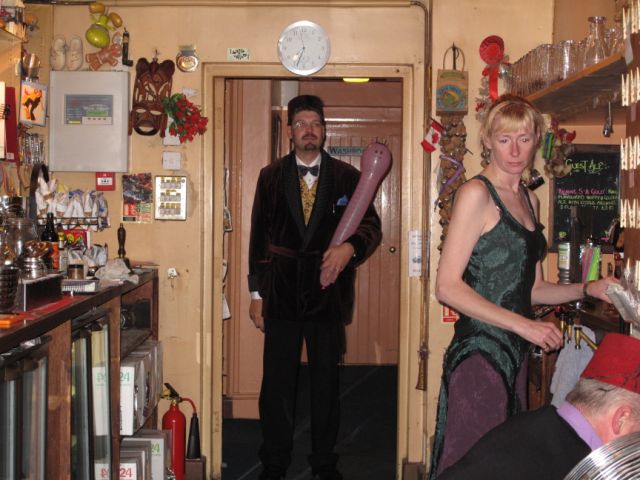 Arrival of the ' Shrivenham Piflesnonker ' 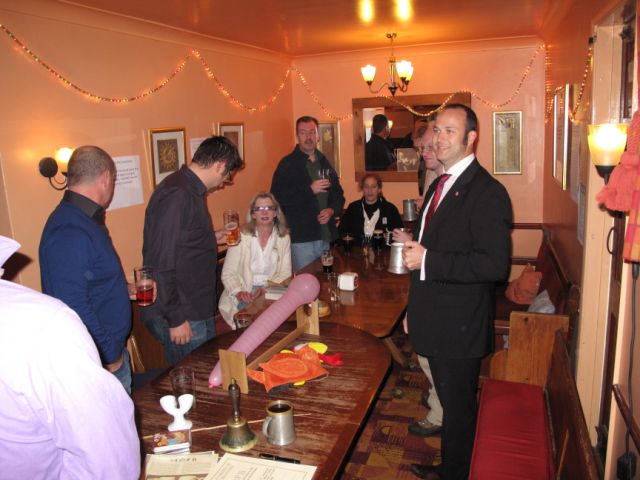 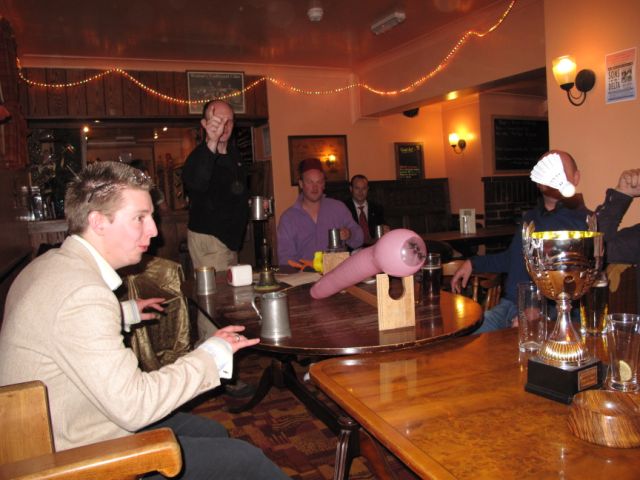 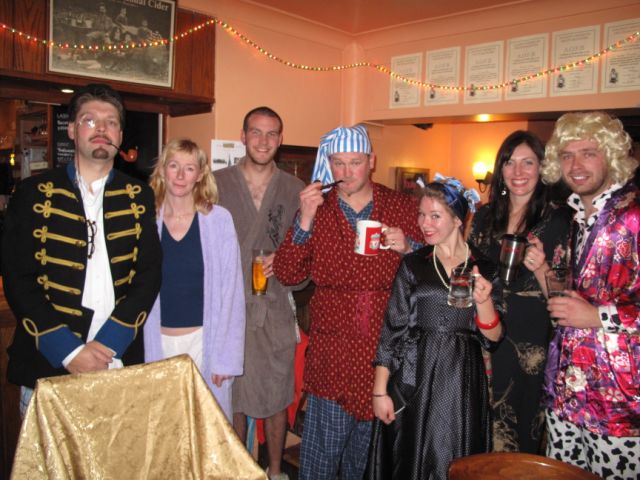 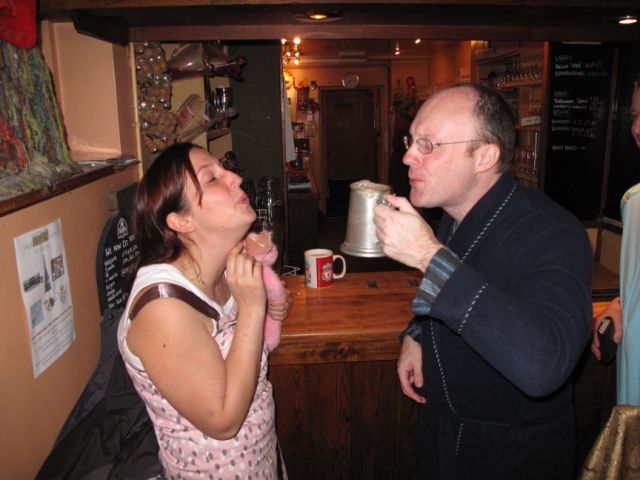 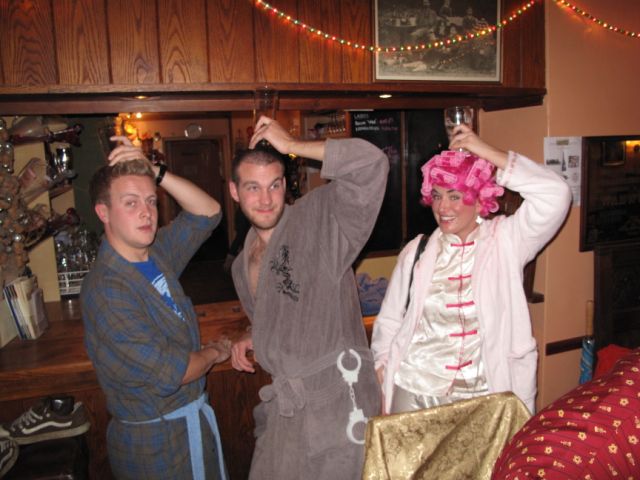 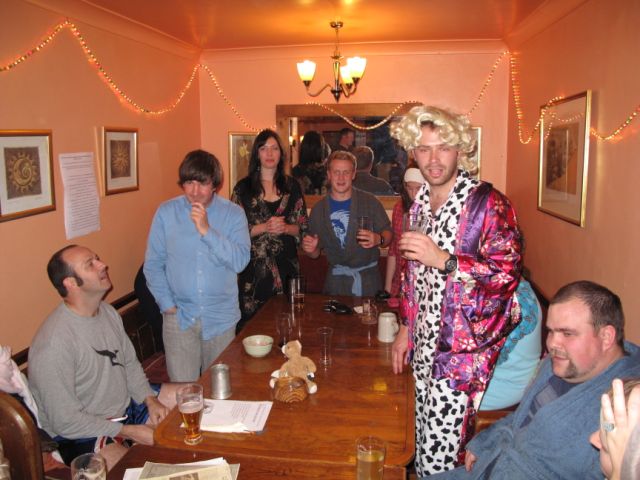 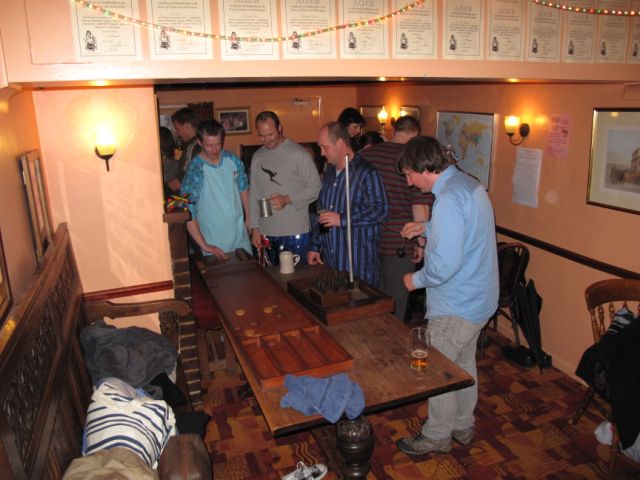 Note the A.O.F.B. 'certificates' awarded to attendees of the meetings on the walls. 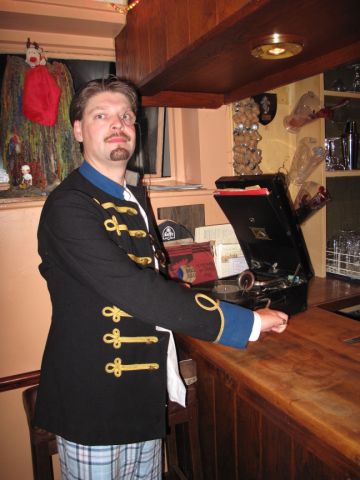 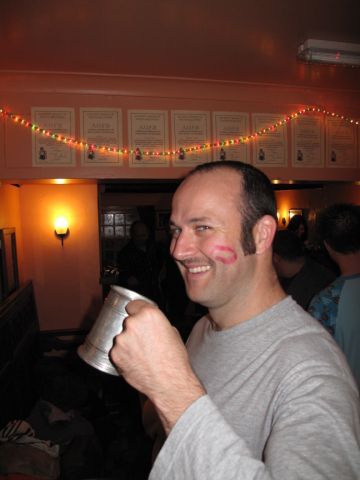 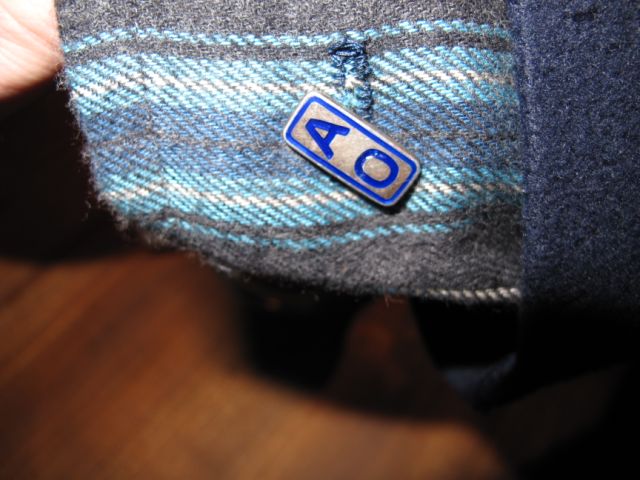 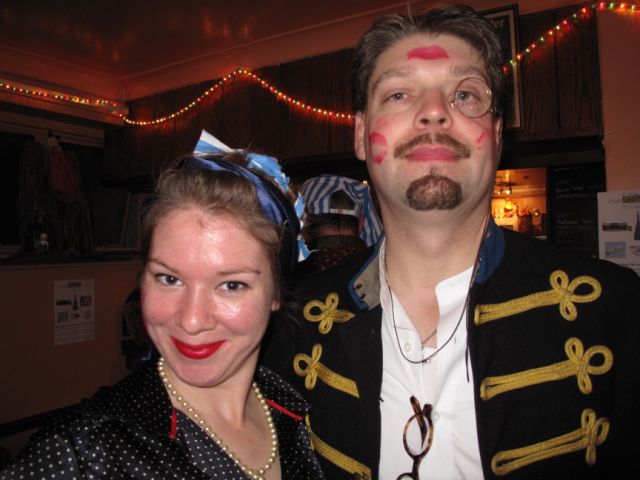 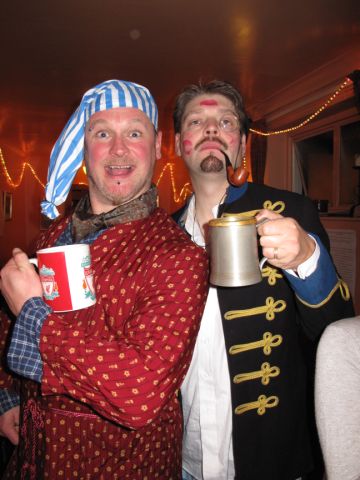 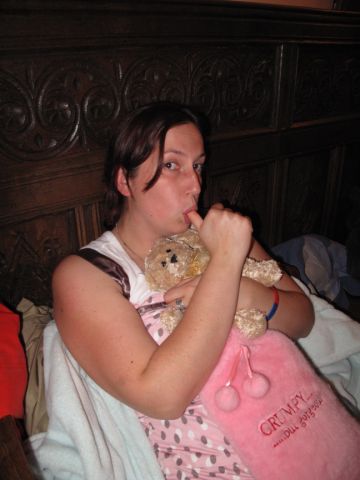 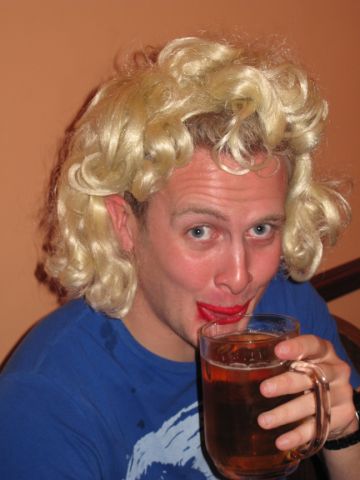 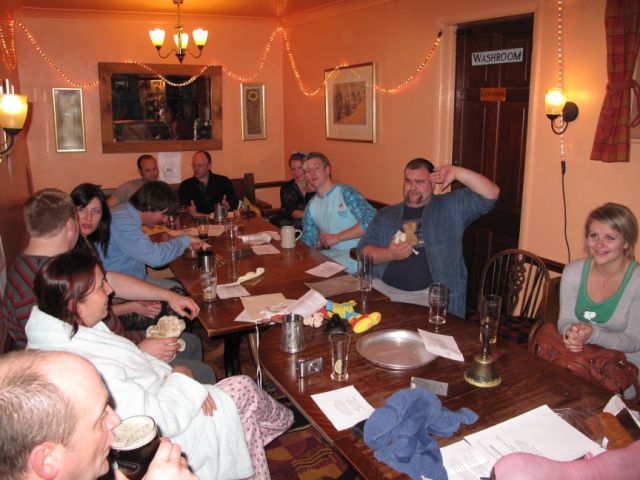 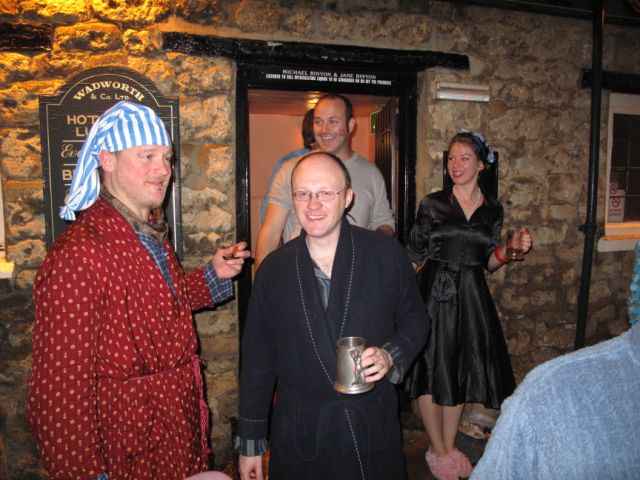 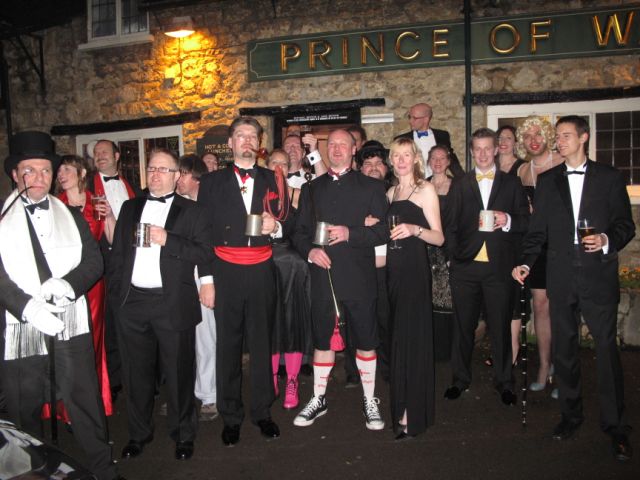 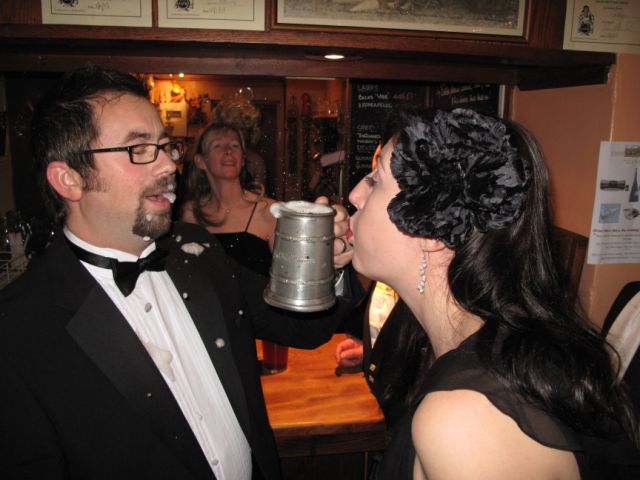