A musical cigarette barrel was made by the Musical Barrel Co., 29 Lower Loveday Street, Birmingham. Fashioned in British oak with a cedar lining it could hold up to 50 'gaspers' ( as Bert called them ) and was priced at 25/- ( 25 shillings, or £1 5 shillings ). The tune played when the lid is lifted is the A.O.F.B. anthem - The more we are Together. Although manufactured by the Musical Barrel Co. it was sold by the Birmingham Medal Co. appearing in their A.O.F.B. catalogues. The musical movement is Swiss made. 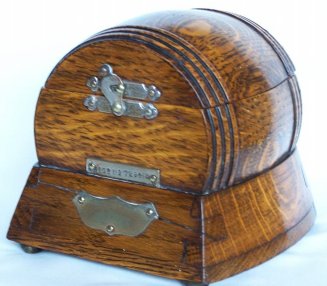 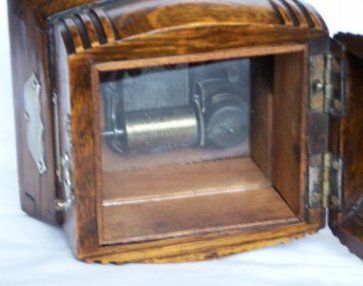