The Car Mascots were manufactured by the Birmingham Medal company made of brass which was nickel silver plated.  The car mascots were priced at 25/- ( 25 shillings i.e. £1 5/- , £1.25 decimal. A smaller version was made for use on motorcycles, priced at 15/- , 75p decimal). The mascots were also used on the ceremonial Piffle Snonker and also on ashtrays.

The Mascot was in fact four separate pieces which had to be assembled together. The barrel could be fitted either way around, but ususlly had the A.O.F.B. facing forwards. They were also available already attached to a radiator calorifier. 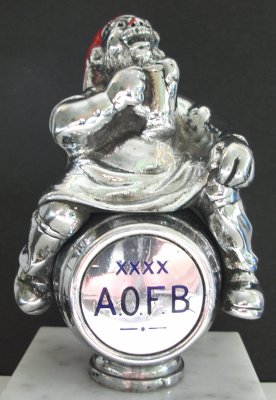 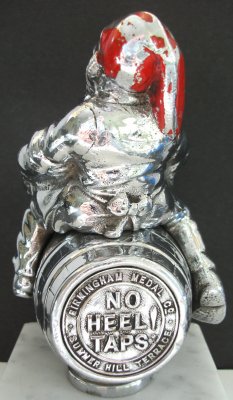 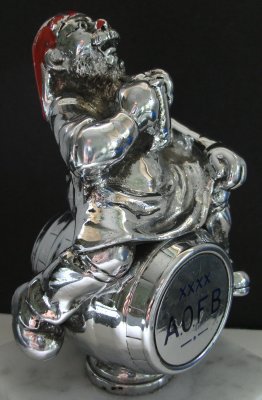 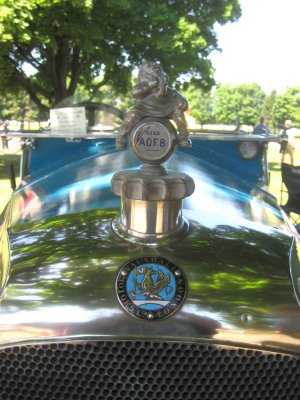 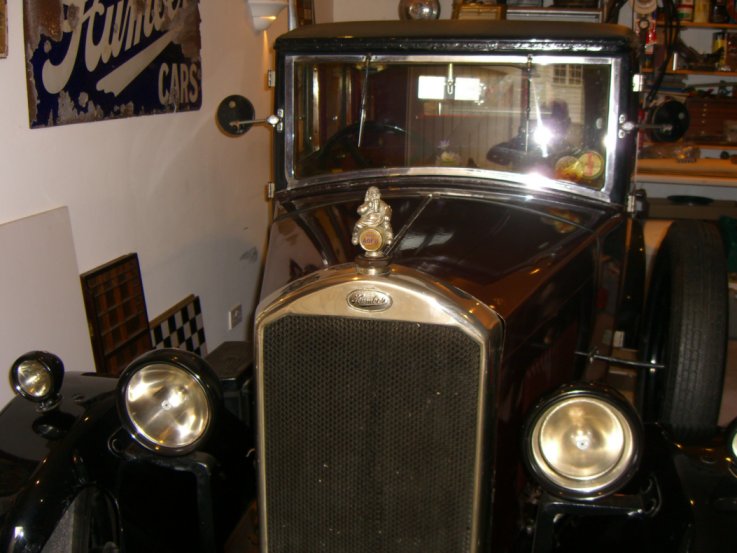 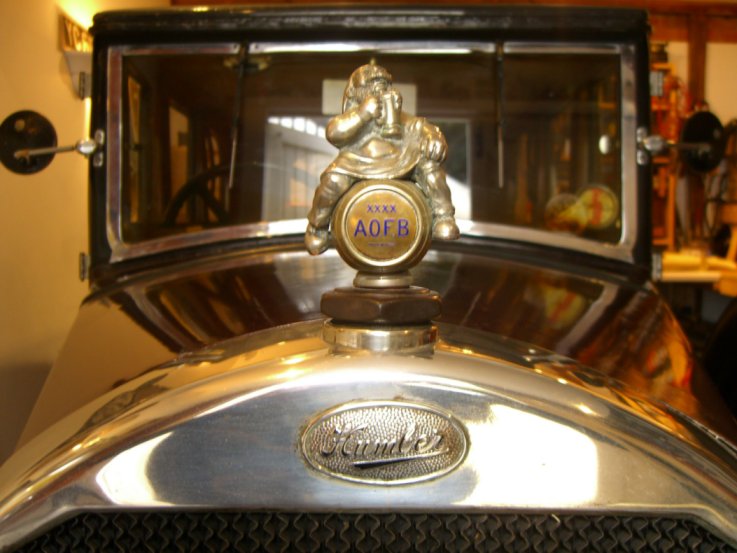 Back to the Regalia / Merchandise