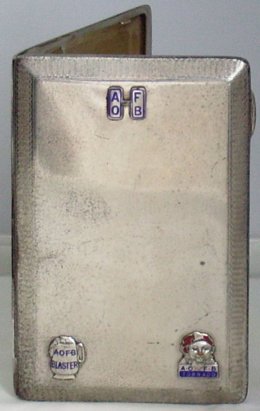 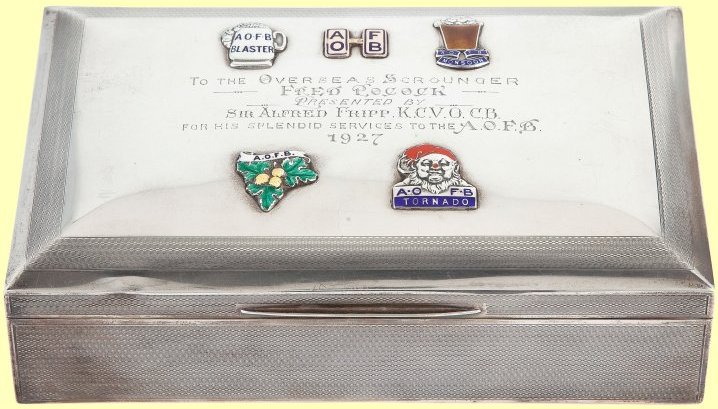 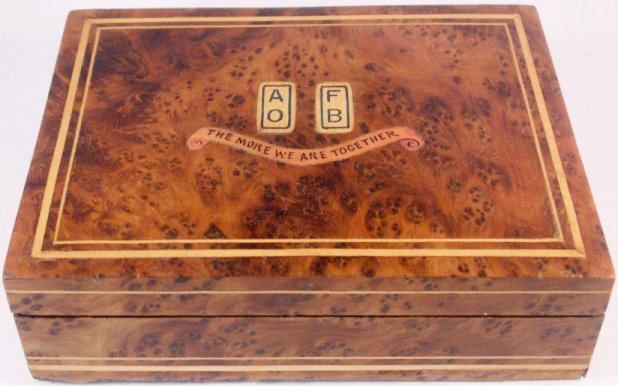 Wooden cigarette box, cedarwood with veneered burr walnut finish and inlaid marquetry cufflinks and
scroll ' The More We Are Together' . The box holds up to 50 'gaspers'. 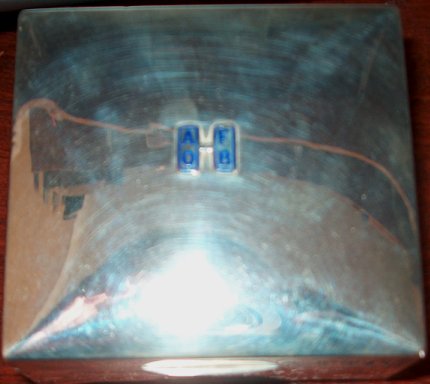 Picture and information on its' original owner courtesy of David Landon.

David Landon informs that the cigarette case shown belonged to his Grandfather, Harold Ernest Evans. Harold served in the Royal Navy during the Great War ( First World War ) and was quite a prolific sportsman, excelling at tennis, golf ( played off scratch ) and was a first class cricketer, who may well have played for England had the War and his naval service 'not got in the way'. He was also believed to have been appointed Fleet Sports and Recreation Officer due to his sporting prowess. Harold was also one of the first men to win the O.B.E for gallantry (when H M S Argyll was sunk) and known to be a teetotaller.