The badges were awarded for recruiting new members to the cause, they could not be purchased. 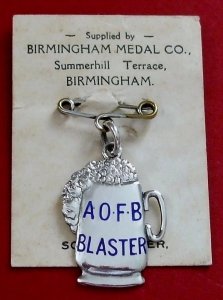 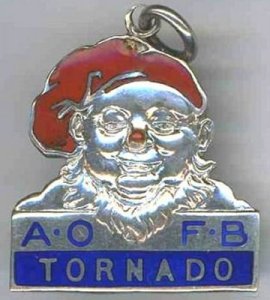 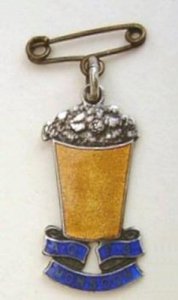 Early Blaster and Tornado badges of Rank were enamel on solid silver - later badges were EPNS silver plate on brass, the materials used for the monsoon badges are not confirmed, but to date, only silver have been seen .

High ranking members had their badges displayed on a medal bar, although these were smaller in size than singular badges. 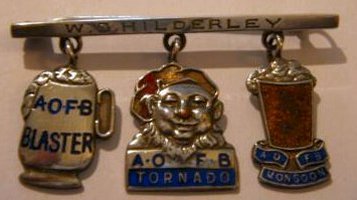 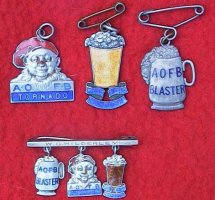 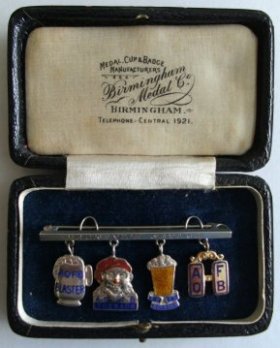 Click here for a hi-res version in original box   879kb

Mac Savage was a life long friend of Bert Temple's, and oversaw the Aquarius Vat in London. The Aquarius was the Vat of the Metropolitan Water Board in Rosebery Avenue, interestingly they provided 75% of the original first 200 memberships of the AOFB.

The badges were manufactured by the Birmingham Medal company who also offered to have them "welded" on to the AOFB silver plated tankards for a charge of 1/- ( one shilling , 12 old pence { 5 new pence}  )  provided the person had attained that rank.