The A.O.F.B. Anthem is based around a traditional Austrian folk tune from around 1768. The original song " Ach du Lieber Augustin" tells the story of Augustin who consumes too much wine and passes out at the side of the road during the great plague. He is mistaken for a dead man and loaded onto a cart with plague dead, only to wake up in the mortuary later startling the attendants.

The more we are Together Lyrics


There were lots of versions of the anthem released over such a short period of time - testament to the songs popularity.

This list is far from complete - many versions have not yet been found but are known to exist.

The A.O.F.B. also inspired a music hall song called ' I'm one of the Old Froth Blowers ' by Nat Travers.

I'm one of the Old Froth blowers Lyrics

The More We Are Together Sheet Music 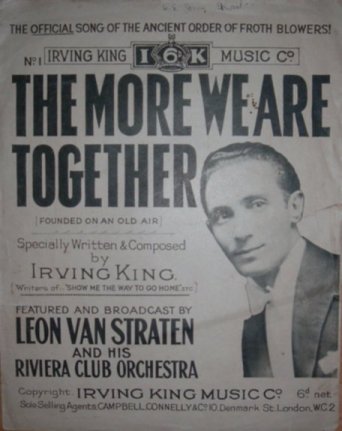 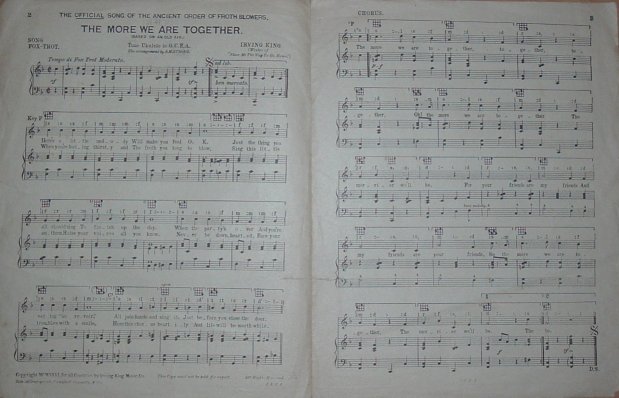